Europe within the European Union funded project: “Regional cooperation and networking in the field of agriculture, rural and economic development of cross-border area” will support the organization of the Event “Kraljevski Karneval – Royal Carnival” which will be organized by NGO “Kraljevski Karneval” and which will be organized on the 17.06.2018 in Banja Koviljaca, Loznica, Serbia.

The aim of this Event is promotion of the unique touristic offer of Banja Koviljaca and the cross-border region “Drina-Sava”.

The specific objective of this Event is gathering and straitening of cross-border cooperation between more than 1.000 participants how will present culture and tradition of their countries/ municipalities during the defile that will be organized in Banja Koviljaca.
This Event will contribute to straitening of partnerships between participants and promotion of the tourisim offer of the cross-border region “Drina-Sava” 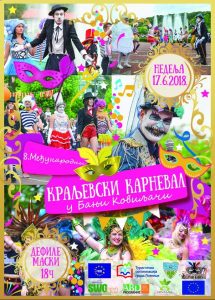 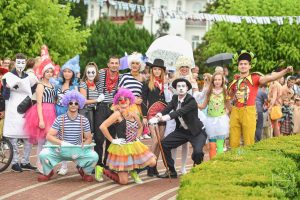